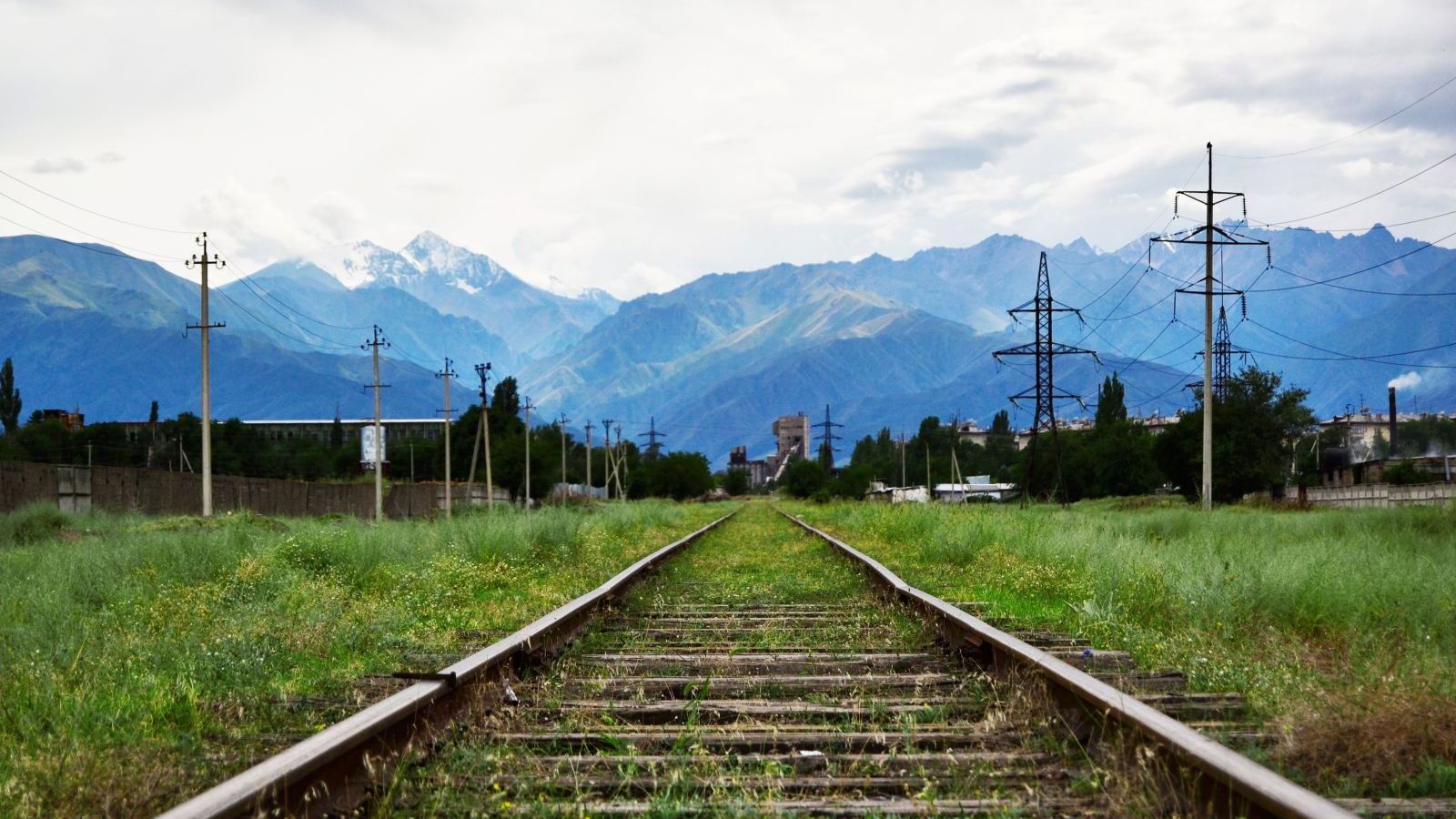 End of the Line

“If we have even a small crash right now, we’re surely going to die.” I laugh to Chris as we step on an already crammed unventilated and overheated mini-bus, designed for 15 carrying 25, pressed against the front windshield and the driver. 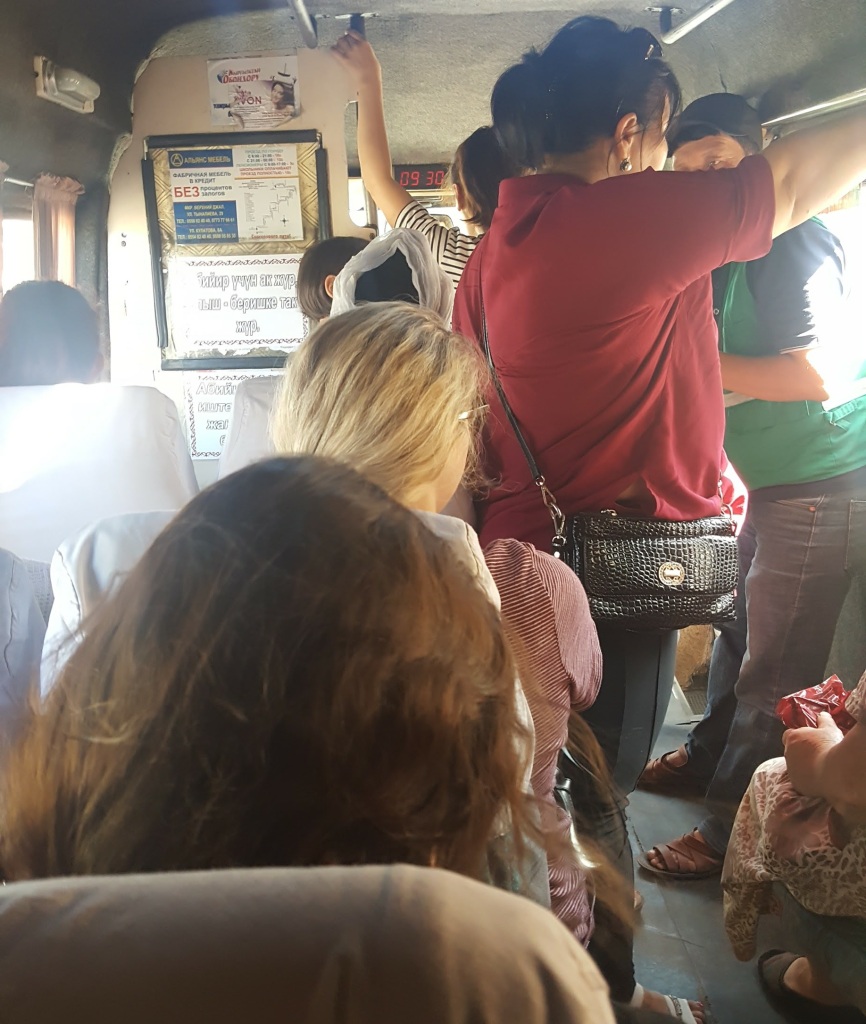 Six foot two Chris replies “Obviously!” with a half-crooked neck bent awkwardly under the curve of the windshield as we drive 64 kilometers an hour (whatever that is in miles).

The driver points and shouts at us in a language we don’t understand. “What is he wanting? Did we do something wrong?”

A compassionate passenger sees we clearly aren’t from here and look quite confused. He rubs his fingers together indicating the driver wants our bus money. We fumble our pockets for change and pay the equivalent of 20 cents for the hour long bumpy ride. We’re off! We maneuver about 24 times as people come and go and we accidentally step, sit on, and bump many elderly locals in the process. If only we knew how to say “Excuse me!”

Soon we start to think, “Why can’t we get some air flowing through here?” We find out later that culturally it’s believed that a direct breeze causes illness. So we endure the stuffy and sweaty ride.

The bus reaches the end of the line on the outskirts of the capital city. We get off and follow our instructions to walk 20 minutes down a dirt road lined with sunflower fields, make-shift homes, a family herding goats, and narrowly squeezing by a bull tied to a rope blocking our way. We truly are in nowhere land.

We reach the gate to house 27 and ring the doorbell. Through the door we hear the familiar sound of English, kids, and dogs. We’re greeted by a kind and warm American family that’s called this place home for over 10 years. I think to myself, “This place! Nobody in the world would even have the faintest idea that this place exists. How in the world did this family end up here?”

We enter their home that’s mingled with tastes of familiar U.S. items and the local culture. The family’s kids are so excited to see us as they shout, “It’s so nice to have foreigners visiting!”

“Foreigners?” I think, “Aren’t we from the same country?” Then I realize these kids have always lived here. They see us as similar to them, yet foreign. Not to mention they can speak three languages compared to our measly one. They run around shooting us with Nerf guns and provide a nice show and tell of their Avengers memorabilia. Chris took the bait and got tricked when they offered him what looked like little candy but turned out to be sour fermented milk balls. Gotcha!

The family gives us the tour and we see an air conditioner! Wow – even a washer AND dryer. Things not always common here. The backyard is full of fruits – mangos, grapes, and many others we’ve never heard of before. Interestingly, in this culture, if you don’t have a fruit garden, you are looked down upon. Our visiting group sits under the grapevines to hear their story. The story of the forgotten family. 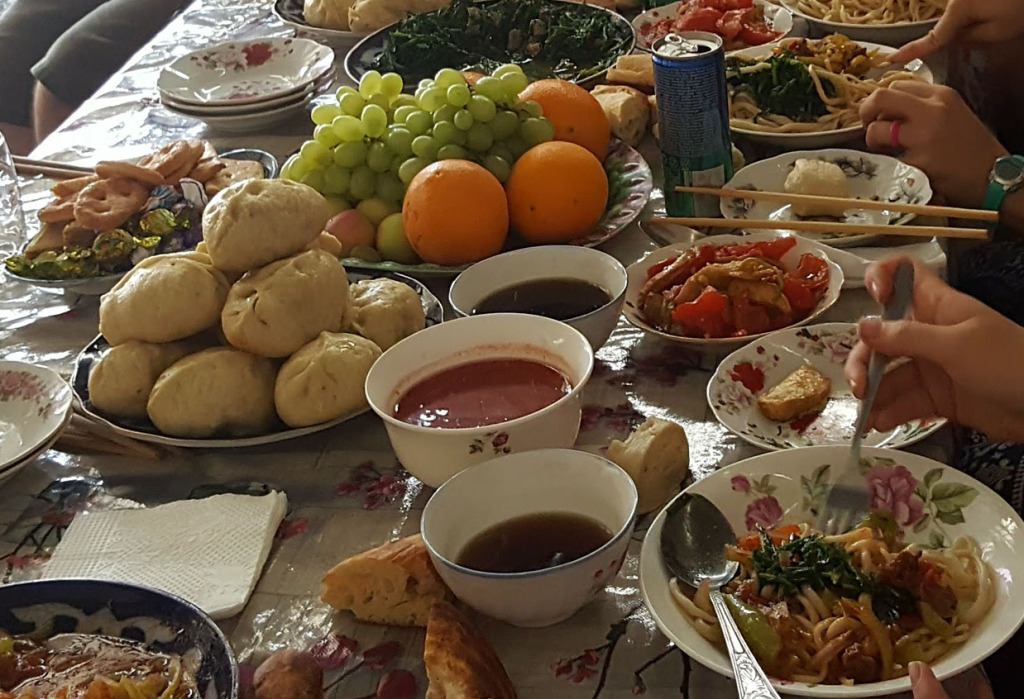 Forgotten. Unremembered. Out of mind. Past recollection.

10 years have passed since this family moved here. Giving up high-paying jobs to barely pay the bills living on this seemingly insignificant and forgotten piece of earth. Family, friends, co-workers, church, and culture all have but a faint memory of them. They don’t get to attend parent’s birthdays, nieces graduations, or family reunions. Maybe a handful of people remember them from their former lives in the United States. The few on their support team pray and give financially, but unfortunately most of their lives are so busy they barely stay in touch.

No recognition, no appreciation, no congratulations. 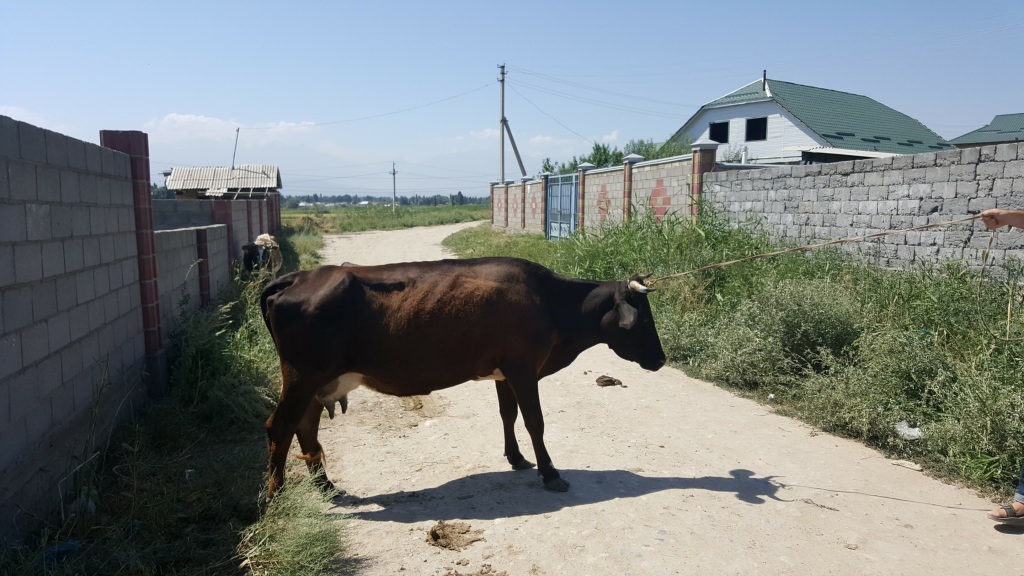 Instead they live here. . . On this dirt road. . . In a small village. . . An hour-long sweaty, unventilated bus ride away from the nearest town where even there you’re lucky to find a bathroom that isn’t a hole in the ground. Immersed among a beautiful people and culture that they never would have known had they pursued the American Dream. A culture that uniquely expresses God’s creation and His children’s worship that is distinctly their own. Among these forgotten people, God’s beloved sons and daughters, just waiting to be redeemed by the blood of Christ.

And to me, on this day, I’m inspired by these heroes of faith. If I had the choice between meeting them or the Pope himself, I would choose this family. Not simply because of where or how they live. But to see so clearly who they live for. Not for the world, for money, for comfort, for security, and especially not for themselves. The cost has been counted. “To live is Christ.”

This is what it looks like to surrender the world’s dreams and lose their life for Jesus’ sake.
“For whoever would save his life will lose it, but whoever loses his life for my sake and the gospel’s will save it. For what does it profit a man to gain the whole world and forfeit his soul?” Mark 8:35-36

This is what it looks like to be great in the Kingdom of God.

“Whoever wants to become great among you must be your servant.” Mark 10:43

This is what it looks like to be a modern example we should imitate of Hebrews 11 faith.

“He considered the sufferings of Christ greater wealth than the treasures of Egypt, for he was looking to the reward.” Hebrews 11:26 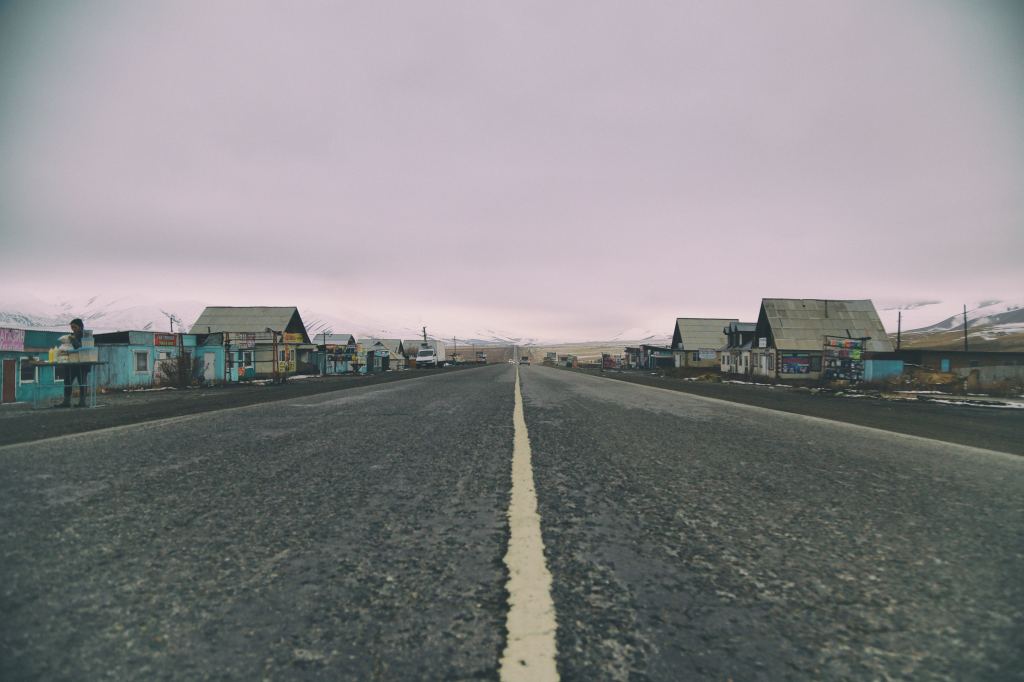 This is what it looks like to be great in the Kingdom of God.

To God, this is not a forgotten family. Oh the joy and the glory that is awaiting them eternally! The rich, deep, intimate, abiding joy they will experience with the living God. Not because of what they accomplished, but because they knew the real treasure. Not found in the world, not found in themselves, but in Christ. Thanks be to God that they saw the joy set before them, despised the shame, agony, and pain, and laid their lives down to glorify God and bring the light of the gospel of Jesus Christ to those in complete darkness.

To God, this is not a forgotten piece of earth. And I’m so thankful He brought this family to ensure that everyone would have a chance to know that. This place is the foundation where He will establish Christ as the cornerstone as He builds His church among all peoples. Among these people. The forgotten people. These cherished sons and daughters of God. Among the poor, the destitute, the ones lost in darkness. Even in the world of global missions, this region is vastly underserved. Millions upon millions are living in complete darkness without access to the freedom and love of Jesus Christ. 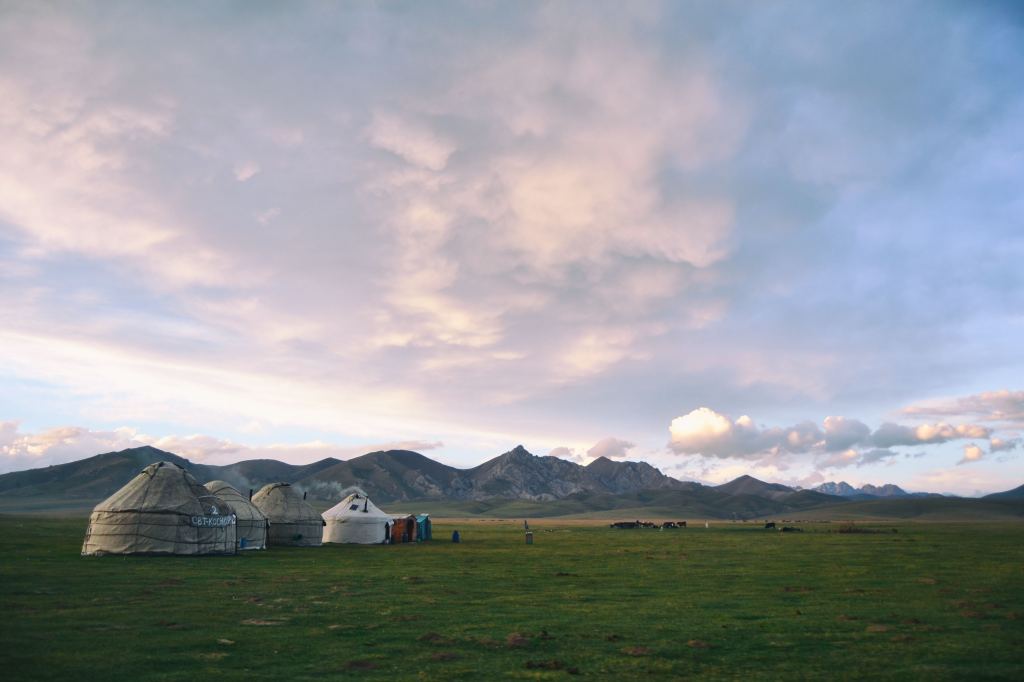 “Where is a candle more effective – in a room filled with light, or a room filled with darkness? Even though there are millions of unsaved people in [the U.S.], America has light. We have the Good News! But in much of the rest of the world, there are millions of people who have not heard the Word a single time. There is much darkness. So where should I spend my time?” – Stephen Foreman